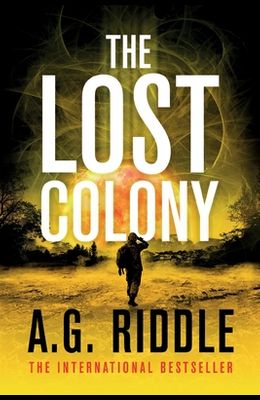 by
A G Riddle

Don't miss the thrilling conclusion to The Long Winter trilogy * NOTE: The Lost Colony will now be a full-length novel. * * * * Can humanity survive on a new world? On Eos, the last survivors of the Long Winter face their greatest challenge yet--and race to unravel the deepest secrets of the grid. * * * The last survivors of the human race escaped a ruined Earth. Their new homeworld--Eos--seemed perfect at first. Warm. Hospitable. Safe from the grid. But everything isn't as it seems. The first colony of settlers--from the Carthage--have disappeared. Their settlement is still there, but everyone is gone. As James digs into the mystery of the lost colony, he discovers a series of spheres, buried on Eos. Are they the key to finding the lost colonists? Or are they responsible for their deaths? Just as James is unraveling the secrets of the spheres, a storm hits Jericho City. Emma, recently elected mayor, struggles to lead her people to safety while James tries to make his way home. In the middle of the chaos, a new danger emerges--a threat no one saw coming. With time running out to save the colonists, James and Emma face their hardest choice yet. ABOUT THE LOST COLONY The Lost Colony is the third and final book in The Long Winter trilogy, which began with Winter World and continued in The Solar War .