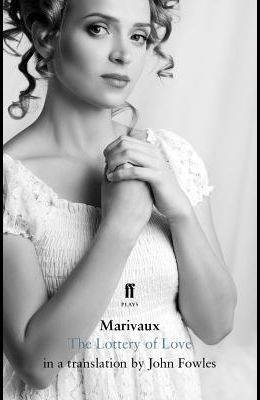 The Lottery of Love: In a Translation by John Fowles

John Fowles is one of the greatest novelists of the late 20th century. But The Lottery of Love ... suggests he could have pursued a life in the theatre to similar acclaim. Daily Telegraph An eligible suitor has been found for Sylvia but, determined to judge him for herself, she swaps roles with her maid. Meanwhile the suitor and his manservant have the same idea. Before long each believes they are fatally attracted to their social opposite. Sylvia's well-intentioned father looks on as the two couples attempt to make sense of their desires and ultimately lose themselves to love. From eighteenth-century France, John Fowles transports us to Regency England in this elegant adaptation of Le Jeu de l'amour et du hasard , Marivaux's greatest comedy . The Lottery of Love premiered at the Orange Tree, Richmond, in March 2017.