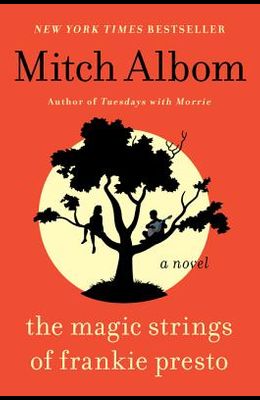 The Magic Strings of Frankie Presto

Talent is a piece of God's shadow, and under that shadow, human stories intersect. A Spanish war orphan born in a burning church and raised by a blind guitar teacher, Frankie Presto was gifted with extraordinary musical abilities that shape not only his life but the lives of those around him. At nine years old, Frankie meets the love of his life, Aurora; that same day, civil war tears apart his home and he is sent to America, smuggled in the bottom of a boat with only guitar and six strings imbued with the power to change lives. Relying on music to survive, Frankie's talent weaves him through the musical landscape of the twentieth century, from Detroit's jazz scene and the Grand Ole Opry, to Elvis mania and Woodstock--all the while searching for Aurora. As his fame grows, Frankie finds love, friendship, and celebrity. Even so, his gift becomes his burden, driving a wedge between him and his beloved Aurora--now his wife. Overwhelmed by life, loss, and the power of his strings, Frankie disappears for years, only to reemerge in a spectacular and mysterious farewell. With its Forrest Gump -like journey through the music world, The Magic Strings of Frankie Presto is a classic in the making. Everyone joins a band in this life, Albom observes, only some of them play music.

From the Back Cover Mitch Albom's most critically acclaimed novel yet is a stunningly original tale of love: love between a man and a woman, between an artist and his mentor, and between a musician and his God-given talent. Narrated by the voice of Music itself, the story follows Frankie Presto, a war orphan born in a burning church, through his extraordinary journey around the world. Raised by a blind guitar teacher in Spain and gifted with a talent to change people's lives--using six mysterious blue strings--Frankie navigates the musical landscape of the twentieth century, from the 1950s jazz scene to the Grand Ole Opry to Elvis mania and Woodstock, all the while searching for his childhood love. As he becomes a famous star, he loses his way, until tragedy steals his ability to play the guitar that had so defined him. Overwhelmed by his loss, Frankie disappears for decades, reemerging late in life for one spectacular yet mystifying farewell. Part love story, part magical mystery, The Magic Strings of Frankie Presto is Mitch Albom at his finest, a Forrest Gump -like epic about one man's journey to discover what truly matters and the power of talent to change our lives.