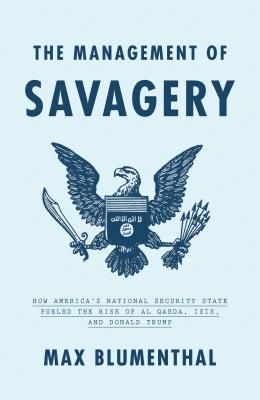 The Management of Savagery: How America's National Security State Fueled the Rise of Al Qaeda, Isis, and Donald Trump

How America's failed wars abroad - Afghanistan, Iraq, Libya, Syria - has resulted in increased threat at home, and the rise of Trump. By funding, training, and arming jihadist elements in Afghanistan, Syria, and Libya since the Cold War and waging wars of regime change and interventions that gave birth to the Islamic State, the American national security state has perpetuated a war on terror that justifies its own expansion and increases its profit margin. At the same time these adventures abroad have put citizens in the West in grave peril and in a state of government-curated ignorance. The Management of Savagery tells the story of the parallel rise of international jihadism and Western ultra-nationalism. Since Washington's secret funding of the Mujahideen following the Russian invasion of Afghanistan in the 1970s, America has supported extremists with money and hardware, including enemies such as Bin Laden. The Pentagon's willingness to make alliances abroad have seen the war coming home with inevitable consequences. Today, the supply of munitions to anti Assad troops in Syria quickly find their way into the hands of dangerous Jihadis. Meanwhile Trump's dealings In the Middle East are likely only to exacerbate the situation further. Blumenthal excavates the real story behind America's dealing with the world and shows how the extremist forces that now threaten peace across the globe are the inevitable flowering of America's imperial designs of a national security state. And shows how this has ended with the rise of the Trump presidency.