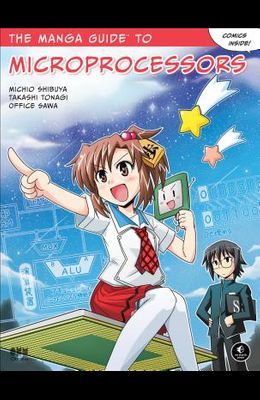 The Manga Guide to Microprocessors

Part of the Manga Guides Series
by
Michio Shibuya

Ayumi is a world-class shogi (Japanese chess) player who can't be beaten--that is, until she loses to a powerful computer called the Shooting Star. Ayumi vows to find out everything she can about her new nemesis. Lucky for her, Yuu Kano, the genius programmer behind the Shooting Star, is willing to teach her all about the inner workings of the microprocessor--the brain inside all computers, phones, and gadgets. Follow along with Ayumi in The Manga Guide to Microprocessors and you'll learn about: -How the CPU processes information and makes decision -How computers perform arithmetic operations and store information -logic gates and how they're used in integrated circuits -the Key components of modern computers, including registers, GPUs, and RAM -Assembly language and how it differs from high-level programming languages Whether you're a computer science student or just want to understand the power of microprocessors, you'll find what you need to know in The Manga Guide to Microprocessors .