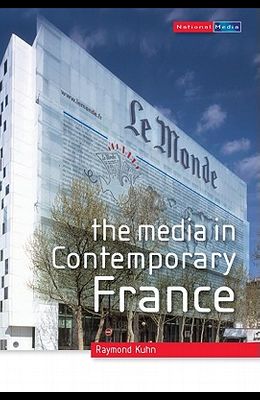 The Media in Contemporary France

The Media in Contemporary France analyses the role of the main news media - press, radio, television and the internet - in one of the world's major democracies. Written by a leading specialist in the field, it covers media policy, news management and image projection during the mediatized 'hyperpresidency' of Nicolas Sarkozy. Raymond Kuhn outlines the historical development of the media in France before providing a critical evaluation of today's digital media landscape, that has seen both the entry of new online actors (such as Google, Facebook and Twitter) and the destabilization of many traditional outlets in both press and broadcasting sectors (for instance, Le Monde and France Televisions). Key aspects of the structures and functioning of the contemporary media - including ownership, political partisanship, content regulation and policy-making - are covered in depth. The author also looks at the contribution of the French media on the world stage, with the launch of the international rolling news channel, France 24, serving as a case study of France's global media activities. This book will appeal to students in the fields of media and communication studies, political communication, journalism, French politics and society and European Studies.