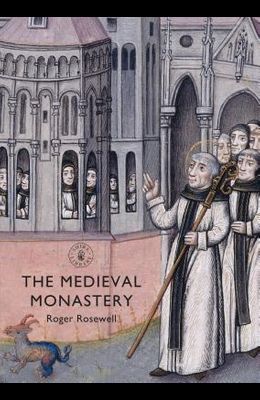 Monasteries are among the most intriguing and enduring symbols of England's medieval heritage. Simultaneously places of prayer and spirituality, power and charity, learning and invention, illusion and superstition, they survive today as haunting ruins, great houses and as some of our most important cathedrals and churches. This book examines the growth of monasticism and the different orders of monks; the architecture and administration of monasteries, the daily life of monks and nuns, the art of monasteries and their libraries, their role in caring for the poor and sick, their power and wealth, their decline and suppression, their ruin and rescue. Many of Britain's greatest churches, including Westminster Abbey, Canterbury, Durham and Gloucester cathedrals were once monasteries. So too were some of Britain's most evocative and awe-inspiring ruins such as Fountain's Abbey in Yorkshire and Tintern Abbey in Wales. This book tells the story of devotion, work and prayer behind those magnificent edifices.