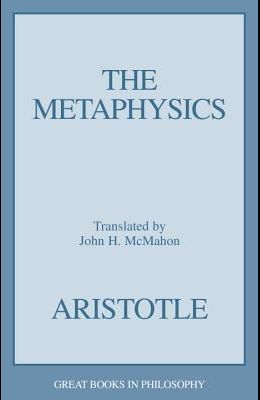 by
Aristotle and John H McMahin

Metaphysics is the study of existence at the highest level of generality. It is traditionally characterised as the study of being qua being - of being in general rather than specifically of this or that sort. Accordingly, the salient task of the field is to achieve a clearer understanding of the concepts and principles of being, existence, and reality. As such, metaphysics has been an established sector of philosophy since the time of Aristotle's initial systematisation of the subject in the fourth century B.C.E.In line with tradition, distinguished philosopher Nicholas Rescher presents key topics that have always figured on the agenda of metaphysics: the nature and rationale of existence, the differentiation of what is actual from the unreal and mere possibility, and the prospects and limits of our knowledge of the real. Though a work of philosophical sophistication and logical rigour, Metaphysics displays a clarity of exposition that makes it suitable for use as a text or supplementary reader in upper-class undergraduate and graduate philosophy courses.