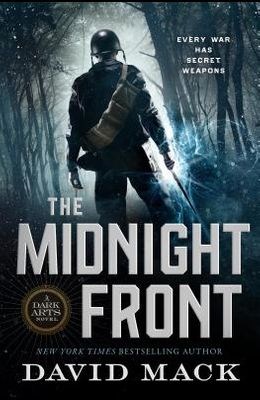 Book #1 in the Dark Arts Series
by
David Mack

From New York Times bestselling author David Mack comes a visionary World War II-era adventure. The Midnight Front is the epic first novel in the Dark Arts series. On the eve of World War Two, Nazi sorcerers come gunning for Cade but kill his family instead. His one path of vengeance is to become an apprentice of The Midnight Front--the Allies' top-secret magickal warfare program--and become a sorcerer himself. Unsure who will kill him first--his allies, his enemies, or the demons he has to use to wield magick--Cade fights his way through occupied Europe and enemy lines. But he learns too late the true price of revenge will be more terrible than just the loss of his soul--and there's no task harder than doing good with a power born of ultimate evil.