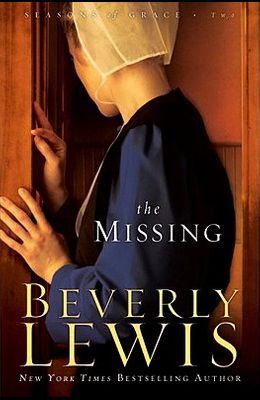 Book #2 in the Seasons of Grace Series
by
Beverly Lewis

Having broken off her betrothal to her quiet, staid beau, Grace is resigned to remain single. But when the young Amish man she thought was courting her best friend takes a sudden interest in her, Grace is befuddled and wonders if he can be trusted.

From the Back Cover A Painful Absence, a Desperate Heart... Is It Too Late to Find Lettie Byler? Grace Byler longs to uncover the secret that drove her mother to leave the family weeks ago. When all hopes are dashed for such a search, an unlikely friendship leads to a surprising invitation. Meanwhile, the young Amishman Grace thought was courting her best friend takes a sudden interest in her, and Grace's decision to remain single is challenged even as her determination to find her mother grows. The Heart-Warming Sequel From New York Times Best-Selling Author Beverly Lewis
From the front Cover BEVERLY LEWIS, born in the heart of Pennsylvania Dutch country, is The New York Times bestselling author of more than eighty books. Her stories have been published in nine languages worldwide. A keen interest in her mother's Plain heritage has inspired Beverly to write many Amish-related novels, beginning with The Shunning, which has sold more than one million copies. The Brethren was honored with a 2007 Christy Award. Beverly lives with her husband, David, in Colorado.

Seasons of Grace Series In Order - By Beverly Lewis