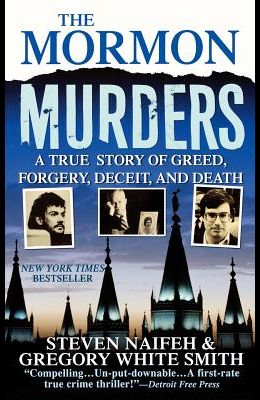 The Mormon Murders: A True Story of Greed, Forgery, Deceit and Death

This New York Times bestseller is the definitive account of the Salt Lake City Bomb Murders, a case of forgery, fraud, and murder that shook the foundations of the Morman Church in the 1980s.

From the Back Cover A FIRST-RATE TRUE CRIME THRILLER AND DETECTIVE STORY OF THE HIGHEST ORDER...THE KIND OF BOOK YOU GRAB EAGERLY AND CAN'T PUT DOWN. - Detroit Free Press On October 15, 1985, two pipe bombs shook the calm of Salt Lake City, Utah, killing two people. The only link-both victims belonged to the Mormon Church. The next day, a third bomb was detonated in the parked car of church-going family man, Mark Hoffman. Incredibly, he survived. It wasn't until authorities questioned the strangely evasive Hoffman that another, more shocking link between the victims emerged... It was the appearance of an alleged historic document that challenged the very bedrock of Mormon teaching, questioned the legitimacy of its founder, and threatened to disillusion millions of its faithful-unless the Mormon hierarchy buried the evidence. Drawing on exclusive interviews, The Mormon Murders reconstructs a secret conspiracy of God, greed, and murder that would expose one of the most ingenious con men in the annals of crime-and shake the very foundation of a multibillion-dollar empire to its core. SENSATIONAL! - Washington Post A REMARKABLE STORY. - The New York Times

Books similiar to The Mormon Murders: A True Story of Greed, Forgery, Deceit and Death

List of All Editions of The Mormon Murders: A True Story of Greed, Forgery, Deceit and Death