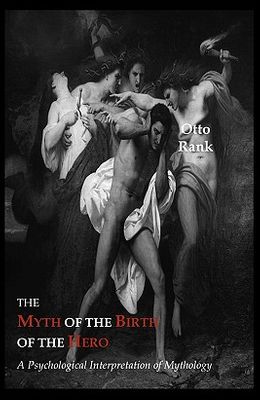 The Myth of the Birth of the Hero: A Psychological Interpretation of Mythology

by
Otto Rank and F Robbins

2011 Reprint of 1914 edition. Full facsimile of the original edition, not reproduced with Optical Recognition Software. Otto Rank, (1884--1939), was an Austrian psychologist who was part of Sigmund Freud's inner circle. This early monograph by Rank is a groundbreaking application of the psychoanalytic method to comparative mythology. In this study Rank looks at a wide variety of Eurasian hero birth narratives, including Greek, Roman, Judeo-Christian, Indian, and Germanic legendary figures. He uses the methodology and vocabulary of classic Freudian psychoanalysis to do so. The middle part of this book, where Rank enumerates some of these tales, will be the most useful for modern readers, as he draws on a wide range of sources, some of them fairly obscure. A classic work, which much influenced later writers, particularly Joseph Campbell.