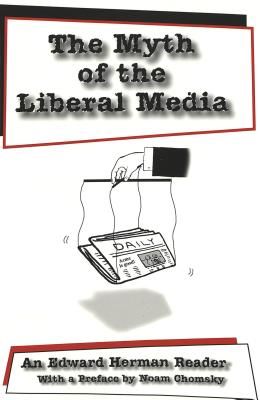 The Myth of the Liberal Media: An Edward Herman Reader

The Myth of the Liberal Media contends that the mainstream media are parts of a market system and that their performance is shaped primarily by proprietor/owner and advertiser interests. Using a propaganda model, it is argued that the commercial media protect and propagandize for the corporate system. Case studies of major media institutions--the New York Times , the Wall Street Journal , the Philadelphia Inquirer --are supplemented by detailed analyses of word tricks and propaganda and the media's treatment of topics such as Third World elections, the Persian Gulf War, the North American Free Trade Agreement, the fall of Suharto, and corporate junk science.