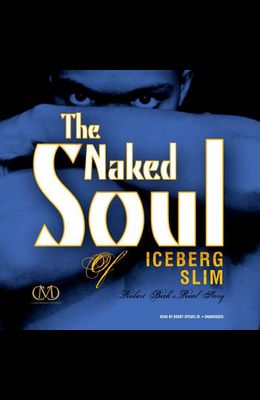 The Naked Soul of Iceberg Slim

In The Naked Soul of Iceberg Slim, the fierce and lyrical icon for criminal reformation describes himself as ill...from America's fake facade of justice and democracy. For Iceberg Slim, the illness may have been a detriment, but for us it's a gift. His tales serve as a chilling reminder that we are all inmates of one prison or another, and the time to break free has arrived. Iceberg Slim's story is now depicted in a major motion picture, Iceberg Slim: Portrait of a Pimp, which shows his transformation from pimp to the author of seven classic books.Offering brutal, difficult-to-swallow tales from the underground, this book exposes the author's inner workings in a way none of his others have, resulting in a straight-out, heartfelt confession.As if Iceberg Slim's charismatic words weren't enough to evoke the essence of this time in his life--the LA underground of the 1960s--each character carries their own baggage, struggles, and influence on Slim's vision of the world.