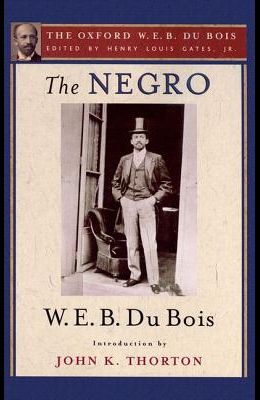 W. E. B. Du Bois was a public intellectual, sociologist, and activist on behalf of the African American community. He profoundly shaped black political culture in the United States through his founding role in the NAACP, as well as internationally through the Pan-African movement. Du Bois's sociological and historical research on African-American communities and culture broke ground in many areas, including the history of the post-Civil War Reconstruction period. Du Bois was also a prolific author of novels, autobiographical accounts, innumerable editorials and journalistic pieces, and several works of history. Intended as an accessible, up-to-date introduction to African American history by its 1915 publisher, The Negro was much more to W. E. B. Du Bois. The chance to write on African American History for a wide audience became his chance to write a manifesto on African history worldwide. Du Bois focuses on the continent of Africa, giving justice to its oft-neglected positive history. Drawing on anthropological and linguistic literature of the time, Du Bois captures a succinct portrait of African and African American history ready for any reader no matter their prior knowledge. His argument enters the narrative fully, revealing his quest for the vindication of black history. With a series introduction by editor Henry Louis Gates, Jr., and an introduction by John K. Thornton, this edition is essential for anyone interested in African American history.