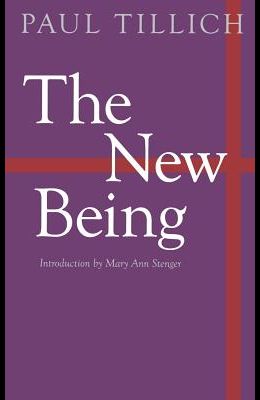 These twenty-three meditations on key passages from the Bible were originally delivered as addresses at colleges and universities. They are short, powerful, and persuasive examinations of the effect of God's love on the life of the believer and the challenges of living the New Creation-the infinite passion of every human being. Tillich scholar Mary Ann Stenger provides a new introduction for this edition. Paul Tillich (1886-1965) was born in Germany, the son of a Lutheran pastor. After earning a doctorate in philosophy, he was ordained in the Lutheran church and served as an army chaplain in the First World War. He is widely regarded as the leading Protestant theologian of the twentieth century. Mary Ann Stenger is an associate professor of humanities studies at the University of Louisville and the coauthor of Dialogues of Paul Tillich.