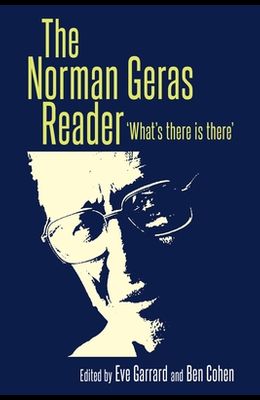 The Norman Geras Reader: What's There Is There'

by
and Ben Cohen and Eve Garrard

This is the first book to gather the key writings of the distinguished political theorist Norman Geras into a single volume, providing a comprehensive overview of the thinking of one of the most important Marxist philosophers in the post-war era. Among the essays included here are 'The Controversy about Marx and Justice', 'The Duty to Bring Aid', 'Primo Levi and Jean Amery: Shame' and the contentious 'Euston Manifesto', which lays down a set of central principles for the democratic left in the twenty-first century. The reader is rounded out with several posts from Geras's much-loved and widely read 'Normblog', as well as companion essays by Alan Johnson and Terry Glavin, which explore how Geras's philosophical concerns led to his more recent, trenchant critiques of the direction of left-wing politics.