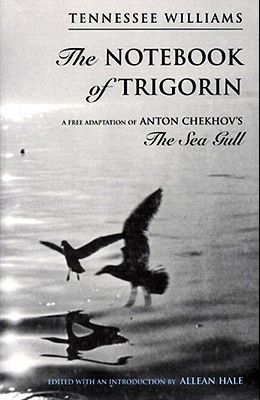 The Notebook of Trigorin

Near the end of his life, Tennessee Williams' chance to interpret The Sea Gull was realized at the University of British Columbia in Vancouver, where a production which brought Chekhov's buried conflicts to the surface was produced in 1980. Williams' genius, combined with the powerful Russian classic by Anton Chekhov, creates a daring new concept for today's American theatre.

From the Back Cover Tennessee Williams' journey from first reading Chekhov's The Sea Gull to his adaptation of that play as The Notebook of Trigorin mirrored his own creative life. Early on, Williams thought of directing The Sea Gull, and, over the years, often returned to the play, his empathy gradually shifting from Constantine, the youthful experimenter, to Trigorin, the world-weary writer. Williams, in his pursuit of success, had also made compromises. Near the end of his life, Williams realized his dream to interpret The Sea Gull when the University of British Columbia sponsored a production at the Vancouver Playhouse in 1981. This version, The Notebook of Trigorin, brought Chekhov's buried conflicts to the surface, but did not meet Williams expectations, and he was still making revisions to the play when he died in 1983. It was not until 1996, in celebration of the 100th anniversary of The Sea Gull's first performance, that The Cincinnati Playhouse staged The Notebook of Trigorin as Williams had envisioned it. This edition is based on that production.

Books similiar to The Notebook of Trigorin

List of All Editions of The Notebook of Trigorin