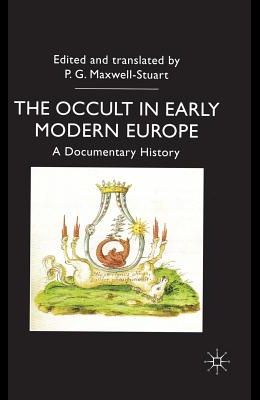 The Occult in Early Modern Europe: A Documentary History

Witchcraft and the occult sciences are areas which have benefited enormously from the spread of more sophisticated cultural studies in recent years. The old debate as to whether or not witches were really believed to exist has collapsed in the face of the overwhelming bodies of evidence suggesting a genuine and widespread acceptance of the occult in a notionally Christian Europe. This excellent and wide-ranging documentary anthology shows the genuinely pan-European nature of the phenomenon, its spread through all classes and its importance in people's thinking about the natural world. It covers magic, witchcraft, astrology, alchemy and other related occult themes and presents them, not as disparate elements of folkloric belief and intellectual aberrations, but as parts of a coherent, intellectually rigorous and scientifically challenging world-view, consistently argued in accordance with its given basic principles. This collection is drawn from a very wide range of authors from the early modern period and includes many newly translated documents which appear in English here for the first time.

From the Back Cover Of all the epithets popularly attached to the Middle Ages, 'superstitious' is perhaps the most common and most misleading. The eighteenth-century view that the era was represented by the Catholic Church and therefore backward and 'dark', in contrast to their own times which were forward-looking, rational and 'scientific', has created a myth which successive centuries have perpetuated. This fascinating study challenges the assumption that the medieval period was an age of superstition, offering students a varied collection of documents surveying what people throughout Europe actually thought and believed about the occult sciences at the time. Using translated extracts - many of which appear in English for the first time - from religious, legal, medical and scientific documents, P. G. Maxwell-Stuart presents and explores the various branches of magic, divination, astrology and alchemy which helped people to make sense of their world.