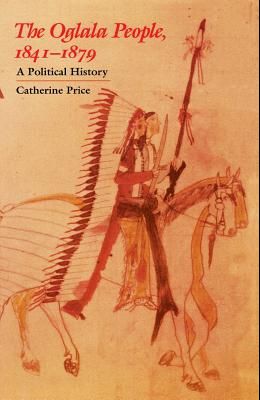 In the late nineteenth century the U.S. government attempted to reshape Lakota (Sioux) society to accord with American ideals. Catherine Price charts the political strategies employed by Oglala councilors as they struggled to preserve their autonomy.

From the Back Cover In the late nineteenth century the U.S. government attempted to reshape Lakota (Sioux) society to accord with American ideals. This acculturation effort included attempts to modify or subvert traditional Lakota political customs and to replace traditional leadership with individuals more attuned to government desires. Catherine Price charts the political strategies employed by Oglala councilors as they struggled to preserve their political customs and autonomy. She examines Lakota concepts of leadership and decision-making authority, highlighting the fluid political relationship among the several forms of Oglala leadership, such as the itancan (symbolic fathers of bands, or tiyospaye). Over the years Oglala leaders had to deal not only with their internal political questions but also with their relations to other Lakota bands, particularly those who rejected a relationship with the United States. The shifting tribal relations and the network of conflicts and accommodations were largely impenetrable to U.S. agents, who were often frustrated by their inability to understand Lakota leadership or opinions. U.S. officials' despair over apparent intransigence or mercurial changes in attitude contributed as much to misunderstanding and conflict as did internal Lakota dissension and shifts in alliance. Examining events in this period from an Oglala standpoint significantly adds to our understanding of the actions taken by the Oglala and deepens our understanding of their relations with the United States, including such conflicts as the Battle of the Little Bighorn.