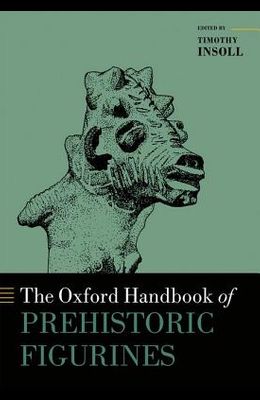 The Oxford Handbook of Prehistoric Figurines

Figurines dating from prehistory have been found across the world but have never before been considered globally. The Oxford Handbook of Prehistoric Figurines is the first book to offer a comparative survey of this kind, bringing together approaches from across the landscape of contemporary research into a definitive resource in the field. The volume is comprehensive, authoritative, and accessible, with dedicated and fully illustrated chapters covering figurines from the Americas, Europe, Africa, Asia, and Australasia and the Pacific laid out by geographical location and written by the foremost scholars in figurine studies; wherever prehistoric figurines are found they have been expertly described and examined in relation to their subject matter, form, function, context, chronology, meaning, and interpretation. Specific themes that are discussed by contributors include, for example, theories of figurine interpretation, meaning in processes and contexts of figurine production, use, destruction and disposal, and the cognitive and social implications of representation. Chronologically, the coverage ranges from the Middle Palaeolithic through to areas and periods where an absence of historical sources renders figurines prehistoric even though they might have been produced in the mid-2nd millennium AD, as in parts of sub-Saharan Africa. The result is a synthesis of invaluable insights into past thinking on the human body, gender, identity, and how the figurines might have been used, either practically, ritually, or even playfully.