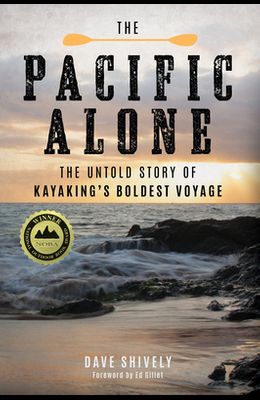 The Pacific Alone: The Untold Story of Kayaking's Boldest Voyage

In the summer of 1987 Ed Gillet achieved what no person has accomplished before or since, a solo crossing from California to Hawaii by kayak. Gillet, at the age of 36 an accomplished sailor and paddler, navigated by sextant and always knew his position within a few miles. Still, Gillet underestimated the abuse his body would take from the relentless, pounding, swells of the Pacific, and early into his voyage he was covered with salt water sores and found that he could find no comfortable position for sitting or sleeping. Along the way he endured a broken rudder, among other calamities, but at last reached Maui on his 63rd day at sea, four days after his food had run out. Dave Shively brings Gillet's remarkable story to life in this gripping narrative, based on exclusive access to Gillet's logs as well as interviews with the legendary paddler himself.