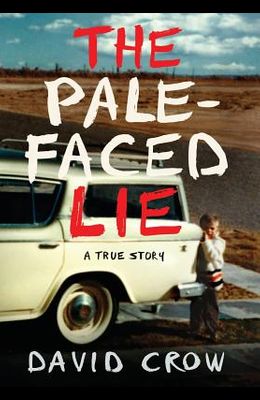 The Pale-Faced Lie: A True Story

Spur Award Winner for Best Western First Nonfiction Book - Spur Award Finalist for Best Western Contemporary Nonfiction - IPPY Silver Award for Best Memoir - Next Generation Indie Award for Best Memoir (Overcoming Adversity) - International Book Award for Best True Crime A violent ex-con forces his son to commit crimes in this unforgettable memoir about family and survival Cinematically gripping.-- Kirkus Reviews Growing up on the Navajo Indian Reservation, David Crow and his siblings idolized their dad, a self-taught Cherokee who loved to tell his children about his World War II feats. But as time passed, David discovered the other side of Thurston Crow, the ex-con with his own code of ethics that justified cruelty, violence, lies--even murder. Intimidating David with beatings, Thurston coerced his son into doing his criminal bidding. David's mom, too mentally ill to care for her children, couldn't protect him. Through sheer determination, and with the help of a few angels along the way, David managed to get into college and achieve professional success. When he finally found the courage to refuse his father's criminal demands, he unwittingly triggered a plot of revenge that would force him into a deadly showdown with Thurston Crow. David would have only twenty-four hours to outsmart his father--the brilliant, psychotic man who bragged that the three years he spent in the notorious San Quentin State Prison had been the easiest time of his life. Raw and palpable, The Pale-Faced Lie is an inspirational story about the power of forgiveness and the strength of the human spirit.

Books similiar to The Pale-Faced Lie: A True Story

List of All Editions of The Pale-Faced Lie: A True Story