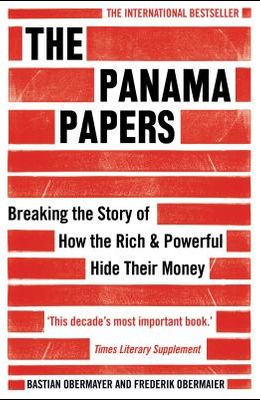 The Panama Papers: Breaking the Story of How the Rich and Powerful Hide Their Money

by
Bastian Obermayer and Frederik Obermaier

From the winners of the 2017 Pulitzer Prize for Explanatory Reporting 11.5 million documents sent through encrypted channels. The secret records of 214,000 offshore companies. The largest data leak in history. In early 2015, an anonymous whistle-blower led investigative journalists Bastian Obermayer and Frederik Obermaier into the shadow economy where the super-rich hide billions of dollars in complex financial networks. Thus began the ground-breaking investigation that saw an international team of 400 journalists work in secret for a year to uncover cases involving heads of state, politicians, businessmen, big banks, the mafia, diamond miners, art dealers and celebrities. A real-life thriller, The Panama Papers is the gripping account of how the story of the century was exposed to the world.