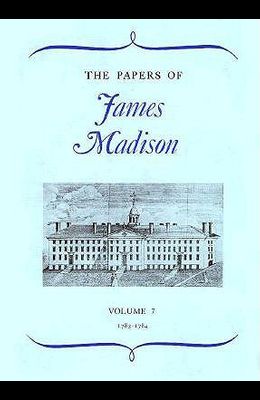 During the first six of the ten months covered by this volume, Madison completed his initial period of service as a delegate from Virginia in the Congress of the Confederation. His correspondence with Thomas Jefferson and Edmund Randolph, as well as his other papers, reveal the mounting difficulties besetting him and his fellow nationalists who sought to preserve a union among the thirteen states. The major problems, which included demobilizing the discontented army, obtaining public revenue, funding the Confederation debt, pressing the British to evacuate their military posts, enforcing the preliminary articles of peace, creating a public domain in the West, locating a provisional or permanent capital of the Confederation, and negotiating commercial treaties with European powers, fostered sectionalism, factionalism, and an emphasis upon state sovereignty. As a prominent member of Congress, Madison sought legislative and constitutional remedies for this menacing divisiveness. To him the maintenence of the new nation embodied the greatest trust ever confided to a political society, for it was the last and fairest experiment in favor of the rights of human nature. Early in December, after an absence of over three years, Madison returned to Montpelier, his father's estate. There during the winter of 1783-1784, he studied law, renewed old friendships, and canvassed the residents of Orange County for support of his candidacy for election to the House of Delegates of the Virginia General Assembly. maintenance