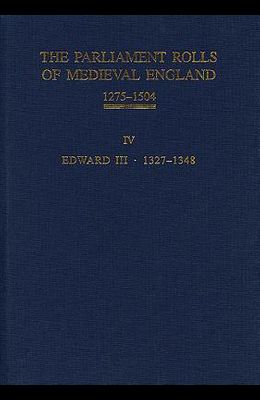 by
and Seymour Phillips and W M Ormrod
$187.86
Select Format

The rolls of parliament were the official records of the meetings of the English parliament from the reign of Edward I (1272-1307) until the reign of Henry VII (1485-1509), after which they were superseded by the journals of the lords, and, somewhat later, the commons. This volume covers the first ten years of the reign of Edward III. It begins with the parliament of 1327, during which Edward II was deposed, which was called in the name of Edward II but was treated as the first parliament of the reign of Edward III. In addition to the deposition and later murder of Edward II, this period was marked by other dramatic events: the rule of Roger Mortimer and Isabella, the former queen of Edward II; the trials in 1330 of Mortimer and his accomplices for the murder of Edward II; the renewal of war with Scotland and the path to war with France. All these are reflected directly or indirectly in the Parliament Rolls. An introduction is provided to each of the Parliaments during this period, discussing the political context in which it was held; the purpose for which it was summoned; who was summoned; and analyzing the proceedings of the parliament both as recorded in the Parliament Rolls and in other sources, such as royal records and chronicles. Seymour Phillips is Professor of History, University College Dublin; Mark Ormrod is Professor of History, University of York.