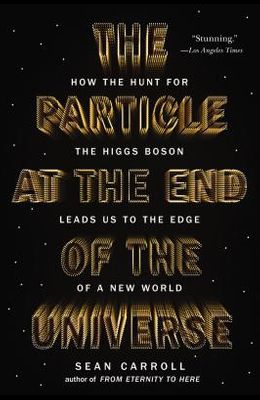 The Particle at the End of the Universe: How the Hunt for the Higgs Boson Leads Us to the Edge of a New World

by
Sean B Carroll

Winner of the prestigious 2013 Royal Society Winton Prize for Science Books A modern voyage of discovery. --Frank Wilczek, Nobel Laureate, author of The Lightness of Being The Higgs boson is one of our era's most fascinating scientific frontiers and the key to understanding why mass exists. The most recent book on the subject, The God Particle , was a bestseller. Now, Caltech physicist Sean Carroll documents the doorway that is opening--after billions of dollars and the efforts of thousands of researchers at the Large Hadron Collider in Switzerland--into the mind-boggling world of dark matter. The Particle at the End of the Universe has it all: money and politics, jealousy and self-sacrifice, history and cutting-edge physics--all grippingly told by a rising star of science writing.