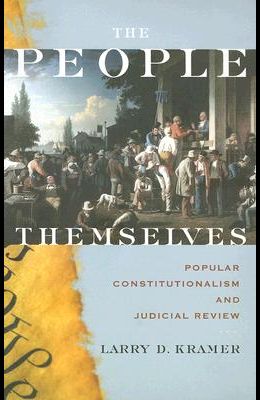 The People Themselves: Popular Constitutionalism and Judicial Review

In this groundbreaking interpretation of America's founding and of its entire system of judicial review, Larry Kramer reveals that the colonists fought for and created a very different system--and held a very different understanding of citizenship--than Americans believe to be the norm today. Popular sovereignty was not just some historical abstraction, and the notion of the people was more than a flip rhetorical device invoked on the campaign trail. Questions of constitutional meaning provoked vigorous public debate and the actions of government officials were greeted with celebratory feasts and bonfires, or riotous resistance. Americans treated the Constitution as part of the lived reality of their daily existence. Their self-sovereignty in law as much as politics was active not abstract.

Books similiar to The People Themselves: Popular Constitutionalism and Judicial Review

List of All Editions of The People Themselves: Popular Constitutionalism and Judicial Review