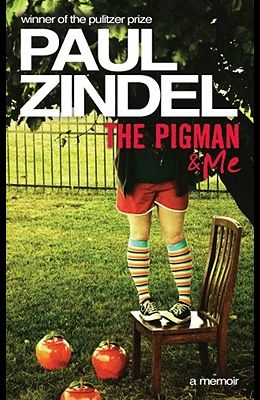 Book #3 in the The Pigman Series
by
Paul Zindel

From the front Cover Eight hundred and fifty-three horrifying things had happened to me by the time I was a teenager. That was when I met my Pigman, whose real name was Nonno Frankie. The year Paul Zindel, his sister, Betty, and their mother lived in the town of Travis, Staten Island, New York, was the most important time of his teenage life. It was the year he and Jennifer Wolupopski were best friends. It was the year of the apple tree, the water-head baby, and Cemetery Hill. And it was the year he met Nonno Frankie Vivona, who became his Pigman. Every word of his story is true. And The Pigman & Me has an added bonus--one crucial piece of information: the secret of life, according to the Pigman.

The Pigman Series In Order - By Paul Zindel