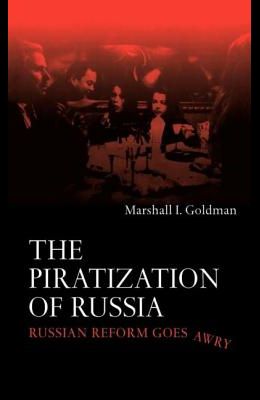 In 1991, a small group of Russians emerged from the collapse of the Soviet Union and enjoyed one of the greatest transfers of wealth ever seen, claiming ownership of some of the most valuable petroleum, natural gas and metal deposits in the world. By 1997, five of those individuals were on Forbes Magazine's list of the world's richest billionaires. These self-styled oligarchs were accused of using guile, intimidation and occasionally violence to reap these rewards. Marshall I. Goldman argues against the line that the course adopted by President Yeltsin was the only one open to Russia, since an examination of the reform process in Poland shows that a more gradual and imaginative approach worked there with less corruption and a wider share of benefits. The Piratization of Russia is an accessible, timely and topical volume that is required reading for those with an interest in Russian reform. Its appeal will range from students, academics, economists and politicians to the interested lay-reader keen to understand Russia's problems and learn how they could have been avoided.

List of All Editions of The Piratization of Russia: Russian Reform Goes Awry