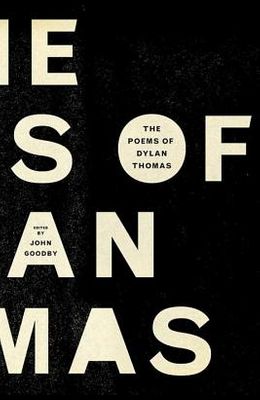 The Poems of Dylan Thomas

by
Dylan Thomas and John Goodby

The reputation of Dylan Thomas (1914-1953) as one of the greatest poets of the twentieth century has not waned in the fifty years since his death. A Welshman with a passion for the English language, Thomas's singular poetic voice has been admired and imitated, but never matched. This exciting, newly edited annotated edition offers a more complete and representative collection of Dylan Thomas's poetic works than any previous edition. Edited by leading Dylan Thomas scholar John Goodby from the University of Swansea, The Poems of Dylan Thomas contains all the poems that appeared in Collected Poems 1934-1952 , edited by Dylan Thomas himself, as well as poems from the 1930-1934 notebooks and poems from letters, amatory verses, occasional poems, the verse film script for Our Country, and poems that appear in his radio play for voices, Under Milk Wood . Showing the broad range of Dylan Thomas's oeuvre as never before, this new edition places Thomas in the twenty-first century, with an up-to-date introduction by Goodby whose notes and annotations take a pluralistic approach.