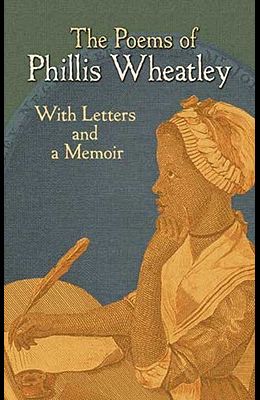 The Poems of Phillis Wheatley: With Letters and a Memoir

Born in Africa in 1753, Phillis Wheatley was kidnapped at the age of seven and sold into slavery. At nineteen, she became the first black American poet to publish a book, Poems on Various Subjects: Religious and Moral, on which this volume is based. Wheatley's poetry created a sensation throughout the English-speaking world, and the young poet read her work in aristocratic drawing rooms on both sides of the Atlantic. The London Chronicle went so far as to declare her perhaps one of the greatest instances of pure, unassisted genius that the world ever produced. Wheatley's elegies and odes offer fascinating glimpses into the origins of African-American literary traditions. Most of the poems express the effects of her religious and classical New England education, consisting of elegies for the departed and odes to Christian salvation. This edition of Wheatley's historic works includes letters and a biographical note written by one of the poet's descendants. Includes a selection from the Common Core State Standards Initiative: On Being Brought from Africa to America.