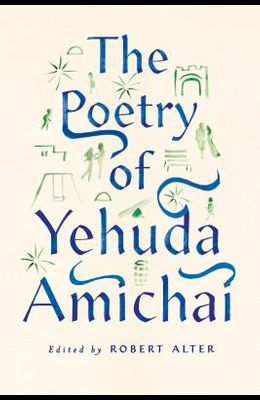 The Poetry of Yehuda Amichai

by
Yehuda Amichai and Robert Alter

The largest English-language collection to date from Israel's finest poet Few poets have demonstrated as persuasively as Yehuda Amichai why poetry matters. One of the major poets of the twentieth century, Amichai created remarkably accessible poems, vivid in their evocation of the Israeli landscape and historical predicament, yet universally resonant. His are some of the most moving love poems written in any language in the past two generations--some exuberant, some powerfully erotic, many suffused with sadness over the fate of separation that casts its shadow on love. In a country torn by armed conflict, these poems poignantly assert the preciousness of private experience, cherished under the repeated threats of violence and death. Amichai s poetry has attracted a variety of gifted English translators on both sides of the Atlantic from the 1960s to the present. Assembled by the award-winning Hebrew scholar and translator Robert Alter, The Poetry of Yehuda Amichai is by far the largest selection of the master poet's work to appear in English, gathering the best of the existing translations as well as offering English versions of many previously untranslated poems. With this collection, Amichai's vital poetic voice is now available to English readers as it never has been before.