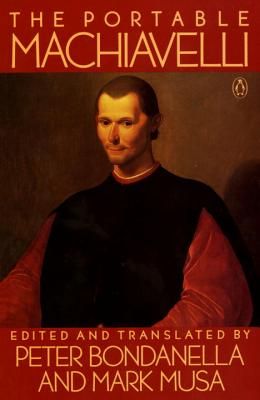 by
Niccolo Machiavelli and Peter Bondanella

In the four and a half centuries since Machiavelli's death, no single and unanimously accepted interpretation of his ideas has succeeded in imposing itself upon the lively debate over the meaning of his works. Yet there has never been any doubt about the fundamental importance of Machiavelli's contribution to Western political theory. The Portable Machiavelli brings together the complete texts of The Prince , Belfagor , and Castruccio Castracani , newly translated by Peter Bondanella and Mark Musa especially for this volume. In addition, the editors include an abridged version of The Discourses ; a play, The Mandrake Root , in its entirety; seven private letters; and selections from The Art of War and The History of Florence .