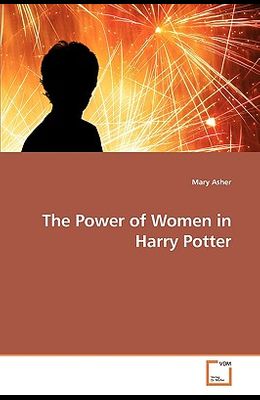 The Power of Women in Harry Potter

Since 1997, scholarly criticisms and Internet discussion groups have been examining, analyzing, and critiquing the Harry Potter stories. One aspect of this conversation is whether the series contains a feminist message or not. Many of the early critics of the books were unhappy with an alternate world that seemed to be run by and for males. However, although the first four books of the seven book series appear to support a traditional, masculine perspective on power and worth and promote the insignificance of women in stereotypical roles, this book argues that that is not the entire picture. One underlying truth of the HP series is that the power for change comes not through acquiring wealth or advancing one's career, but through people and practices that are often undervalued or dismissed as unimportant. In the wizarding world of Harry Potter, sociopaths are vanquished and corrupt governments are toppled through behaviors and characteristics more commonly associated with women, particularly mothers.