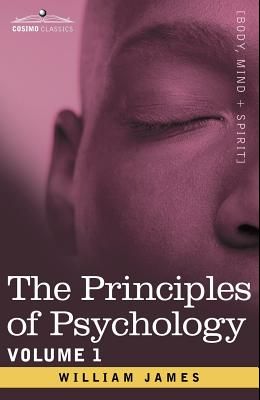 The Principles of Psychology, Vol.1

The Principles of Psychology is a two-volume introduction to the study of the human mind. Based on his classroom lessons and first published in 1890, James has gathered together what he feels to be the most interesting and most accessible information for the beginning student. Psychology, according to James, deals with thoughts and feelings as its facts and does not attempt to determine where such things come from. This would be the realm of metaphysics, and he is careful to avoid crossing over from science into philosophy. This first volume contains discussions of the brain, methods for analyzing behavior, thought, consciousness, attention, association, time, and memory. Anyone wanting a thorough introduction to psychology will find this work useful and engaging. American psychologist and philosopher WILLIAM JAMES (1842-1910), brother of novelist Henry James, was a groundbreaking researcher at Harvard University and one of the most popular thinkers of the 19th century. Among his many works are Human Immortality (1898) and The Varieties of Religious Experience: A Study in Human Nature (1902).