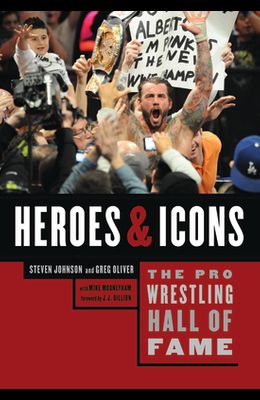 The Pro Wrestling Hall of Fame: Heroes and Icons

by
Greg Oliver and Steven Johnson and Mike Mooneyham

The most marvelous good guys worthy of a spot in the pro wrestling hall of fame At its core, professional wrestling has always been about the forces of evil trying to undermine everything good -- and a red-hot heel needs a valiant hero to battle against, someone fans can root for, identify with, and look up to. Wrestling heroes like Hulk Hogan, Dusty Rhodes, The Rock, and Andr the Giant are celebrated worldwide. But in Heroes & Icons , Oliver and Johnson dig deeper to include more than just the household names, telling the stories of forgotten heroes and regional stars, like Tiger Jeet Singh, who has an elementary school named after him, and Whitey Caldwell, whose gravesite still sees flowers from fans 40 years after his passing. Based on the comprehensive research and numerous in-depth interviews for which their acclaimed Pro Wrestling Hall of Fame series is known, authors Oliver and Johnson lead readers through the 1930s to the present day, as they examine what truly makes a great hero.