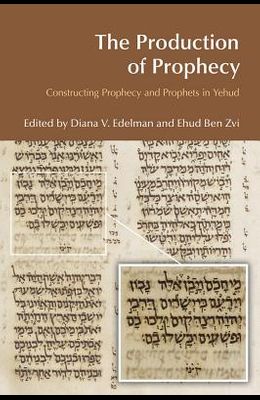 The Production of Prophecy: Constructing Prophecy and Prophets in Yehud

The Persian and Hellenistic periods saw the production and use of a variety of authoritative texts in Israel. 'The Production of Prophecy' brings together a range of influential biblical scholars to examine the construction of prophecy and prophetic books during the Persian period. Drawing on methodological and comparative research and studies of particular biblical texts, the volume explores biblical prophecy as a written phenomenon, examining the prophets of the past, setting this within the general history of Yehud. The relationship between prophetic and other authoritative, written texts is explored, as well as the general social and ideological setting in which the prophetic books emerged.