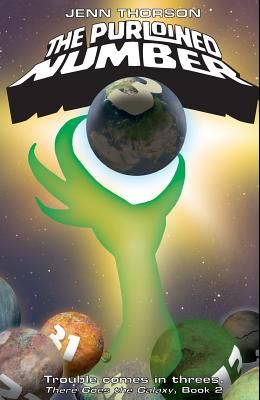 Life in the Greater Communicating Universe isn't easy. But death now that has its perks. For Rollie Tsmorlood, escaping a prison planet that no one ever survives... well, it's more than a smart lifestyle choice. It's the perfect chance to unleash some covert revenge. But when someone steals the number three for ransom, suddenly Rollie's not the only one looking for justice. Universal systems have ground to a halt. A third of the universe is trapped in a mysterious viral field. Even the Earth's stuck in a looky-no-touchy zone. Add to this, Rollie's beloved ship has been sold for space salvage, and what's an industrious dead man to do? Earthling pal Bertram Ludlow knows. He's learned a lot since ducking death himself. He's discovered the thrill of second chances, the power of cold, hard cash... and he's more than certain his planet's endured enough. Soon, Rollie and Bertram are caught up in a confounding case of cosmic conspiracy, two-faced dames, hot pursuit and lukewarm vending machine seafood. Can Rollie and Bertram track down the numeroterrorist, free the GCU and rescue Rollie's greatest nemesis... before their own numbers are up?

There Goes the Galaxy Series In Order - By Jenn Thorson