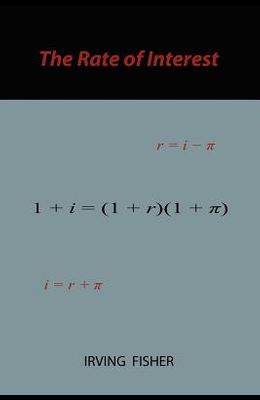 The rate of interest

2009 Reprint of the 1907 edition. Paperback, 442pp. Irving Fisher (1867-1947) was an American economist, health campaigner, and eugenicist, and one of the earliest American neoclassical economists and, although he was perhaps the first celebrity economist, his reputation today is probably higher than it was in his lifetime. Several concepts are named after him, including the Fisher equation, Fisher hypothesis and Fisher separation theorem.His most enduring intellectual work has been his theory of capital, investment, and interest rates, first exposited in his The Nature of Capital and Income (1906) and elaborated on in The Rate of Interest (1907).