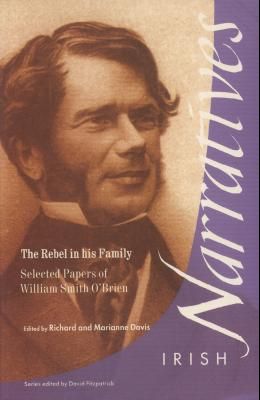 The Rebel in His Family: Selected Papers of William Smith O'Brien

William Smith O'Brien was an improbable revolutionary, ill at ease as a leader of the 1848 rising at Ballingarry, Co. Tipperary, and then as a convict languishing in Van Diemen's Land until 1854. His aristocratic background and demeanor, his late conversion to Repeal in 1843, and his refusal to engage in active politics during his final years in Ireland, have made him a perplexing figure for biographers as well as his contemporaries. His politics also perplexed and outraged his father's family, the O'Brien's of Dromoland in Co. Clare. Even so, as his extensive family correspondence reveals, O'Brien was never abandoned by the majority of his kinsfolk. The previously unpublished letters exchanged amongst the O'Brien family between 1819 and 1864 reveal an unexpectedly warm, if sententious personality, striving to preserve his family status and affections amidst controversy and disgrace. The publication of these letters is a fitting memorial to one of Ireland's most elusive rebels.