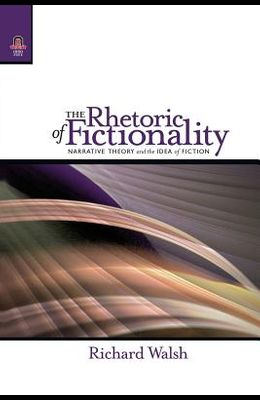 The Rhetoric of Fictionality: Narrative Theory and the Idea of Fiction

Narrative theory has always been centrally concerned with fiction, yet it has tended to treat fictions as if they were merely the framed or disowned equivalents of nonfictional narratives. A rhetorical perspective upon fictionality, however, sees it as a direct way of meaning and a distinct kind of communicative gesture. The Rhetoric of Fictionality: Narrative Theory and the Idea of Fiction by Richard Walsh argues the merit of such a perspective and demonstrates its radical implications for narrative theory. A new conception of fictionality as a distinctive rhetorical resource, somewhat like the master-trope of fictional narrative, cuts across many of the core theoretical issues in the field. The model, set out in chapter one, is subsequently tested and elaborated in relation to currently prevalent assumptions about narrativity and mimesis; narrative structure; the narrator and transmission; voice and mediacy; narrative media and cognition; and creativity, reception, and involvement. Throughout, the theoretical analysis seeks to vindicate readers' intuitions about fiction without merely restating them: the result is a forceful challenge to many of narrative theory's orthodoxies.

List of All Editions of The Rhetoric of Fictionality: Narrative Theory and the Idea of Fiction