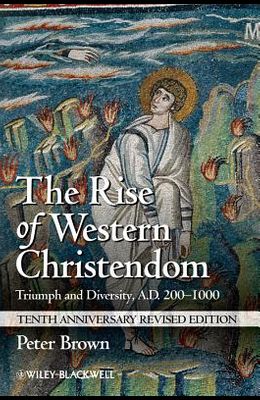 This tenth anniversary revised edition of the authoritative text on Christianity's first thousand years of history features a new preface, additional color images, and an updated bibliography. The essential general survey of medieval European Christendom, Brown's vivid prose charts the compelling and tumultuous rise of an institution that came to wield enormous religious and secular power. - Clear and vivid history of Christianity's rise and its pivotal role in the making of Europe - Written by the celebrated Princeton scholar who originated of the field of study known as 'late antiquity' - Includes a fully updated bibliography and index

From the Back Cover The publication of this revised edition of a masterwork by Princeton University's celebrated scholar of late antiquity marks the book's tenth anniversary. A central volume in the Wiley-Blackwell series The Making of Europe , the book has undergone a thorough redesign and includes a new preface covering academic developments in the last ten years, revised common opinions, a fully updated bibliography, and additional color images. As a superbly realized account of the compelling history of Christianity's evolution in its tumultuous first millennium, it is the essential general survey of the subject. Brown charts the rise to prominence of a religion that began as an obscure sect in Roman Judaea and developed into Europe's dominant religious - and political - institution. Christianity played a pivotal role in the making of Europe, as well as the delineation of its boundaries: the political gulf between Europe and its eastern neighbors was also a religious divide. This volume offers students of religious history unmatched depth of analysis by the leading academic authority on the period