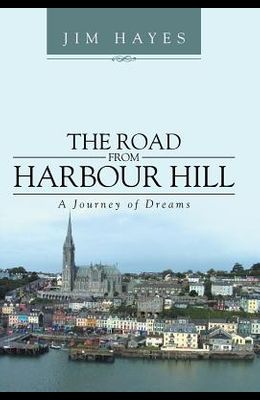 The Road from Harbour Hill: A Journey of Dreams

On Harbour Hill, in the picturesque seaside town of Cobh, Co. Cork, Ireland, where four roads converged together, Jim Hayes's journey of dreams began.Hayes begins by tracing his experiences as boy growing up in Ireland in the late 1940s, where he fished for mackerel at Lynch's Quay, witnessed one of the last human flights to freedom from post war-torn Europe, and played ball in the street. But after his father made the announcement that the family would emigrate to America in the early 1950s, Hayes details how his life abruptly changed as he attempted to acclimate to a new culture and wondered if he would ever see Harbour Hill again. Years later, his dream of returning home to work and live would come true as he disembarked from the tender in Cobh, began his career, and married the love of his life. As he details his continuing journey from Ireland to America to Germany and back again, it soon becomes evident that Hayes embraced life with a determination to never let anything stand in the way attaining his dreams.The Road from Harbour Hill relays the fascinating life story of a man who learned valuable lessons, realized love, and achieved much success through his immersion in three distinct cultures on both sides of the Atlantic.