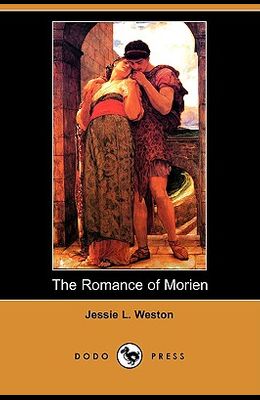 The Romance of Morien (Dodo Press)

Jessie Laidlay Weston (1850-1928) was an independent scholar and folklorist, working mainly on mediaeval Arthurian texts. Her best-known work is From Ritual to Romance (1920). In it she brought to bear an analysis harking back to James George Frazer on the Grail legend, arguing for origins earlier than the Christian or Celtic sources conventionally discussed at the time. While Weston's work on the Grail theme has been derided as fanciful speculation in the years since the publication of From Ritual to Romance, her editions of numerous medieval romances have been commended as valuable translations. Amongst her other works are Sir Gawain and the Green Knight (1898), The Romance of Morien (1901), The Romance Cycle of Charlemagne and His Peers (1901), The Three Days' Tournament: A Study in Romance and Folk-lore (1902) and The Apple Mystery in Arthurian Romance (1925).