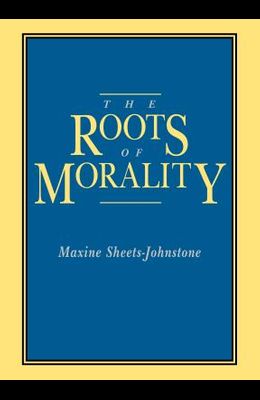 The Roots of Morality

This book argues the case for a foundationalist ethics centrally based on an empirical understanding of human nature. For Maxine Sheets-Johnstone, an ethics formulated on the foundations of anything other than human nature, hence on anything other than an identification of pan-cultural human realities, lacks solid empirical moorings. It easily loses itself in isolated hypotheticals, reductionist scenarios, or theoretical abstractions--in the prisoner's dilemma, selfish genes, dedicated brain modules, evolutionary altruism, or psychological egoism, for example--or it easily becomes itself an ethical system over and above the ethics it formulates, such as the deontological ethics of Kantian categorical imperatives, the utilitarianism of Bentham and Mill, or the ethics of care. Taking her cue from Hume, especially his Treatise on Human Nature , where he grounds the moral sense in human nature seen as always in tension between the natural tendencies of selfish acquisitiveness and sympathy for others, Sheets-Johnstone pursues her phenomenological investigation of the natural basis of human morality by directing her attention, first in Part I, to what is traditionally considered the dark side of human nature, and then, in Part II, to the positive side. The tension between the two calls for an interdisciplinary therapeutic resolution, which she offers in the Epilogue by arguing for the value of a moral education that enlightens humans about their own human nature, highlighting both the socialization of fear and the importance of play and creativity.