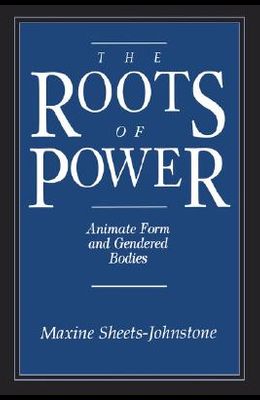 The Roots of Power: Animate Form and Gendered Bodies

This interdisciplinary work demonstrates, by steadfast attention to corporeal matters of fact, how the concept of power and of power relations is rooted in bodily life, in animate form. It first shows how Foucault's optics of power is Sartre's The Look writ large, and proceeds to explain how optics of power are undergirded by a power of optics which has its roots in our primate evolutionary heritage. The exploration of an evolutionary genealogy leads in turn into extended examinations and exemplifications of corporeal and intercorporeal archetypes. Moving easily through biological, anthropological and psychological domains, and informed by keen philosophical reflection, The Roots of Power aims to show how the personal and political are fundamentally joined in the body, that is, how the political defines us both as creatures of a natural history and as culturally - and individually - groomed bearers of meaning. Sheets-Johnstone assesses the complex of topics that progressively surfaces such as females' being receptive year-round, male threat/female vulnerability, Sartre's characterisation of females' being in the form of a hole, and proposed relationships between aggression and sex.