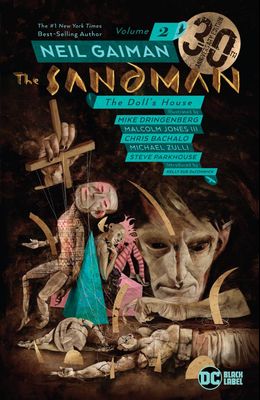 From the #1 New York Times best-selling author Neil Gaiman One of the most popular and critically acclaimed graphic novels of all time, Neil Gaiman's award-winning masterpiece The Sandman set the standard for mature, lyrical fantasy in the modern comics era. Illustrated by talented artists, the series is a rich blend of modern and ancient mythology in which contemporary fiction, historical drama, and legend are seamlessly interwoven. Featuring a brand-new cover and collecting issues #9-16 of the original run of The Sandman , The Doll's House follows a young woman named Rose Walker as she discovers the singular nature of her identity. Rose's journey is watched closely by the King of Dreams, for whom she becomes both an intriguing mystery and a deadly threat.

The Annotated Sandman Series In Order - By Neil Gaiman