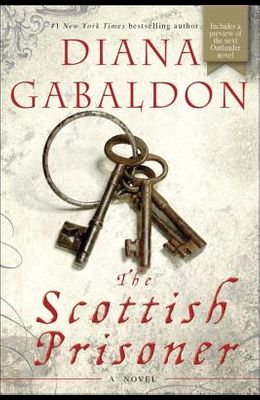 Includes a preview of the new novel in the Outlander series. This could be the worthy Lord John Grey's breakout novel, as readers are treated to large dollops of Outlander hero Jamie Fraser. . . . The strong chemistry between these two stalwart, yet supremely dissimilar, protagonists crackles.-- Booklist A captivating return to the world Diana Gabaldon created in her Outlander and Lord John series, The Scottish Prisoner is a masterpiece of epic history, wicked deceit, and scores that can only be settled in blood. London, 1760. For Jamie Fraser, paroled prisoner-of-war, life is coming apart at the seams. In the remote Lake District, where he's close enough to the son he cannot claim as his own, Jamie's quiet existence is interrupted first by dreams of his lost wife, then by the appearance of an erstwhile comrade still fighting to rally the Irish. But Jamie has sworn off politics, fighting, and war. Until Lord John Grey shows up with a summons that will take him away from everything he loves--again. Lord John is in possession of explosive documents that expose a damning case of corruption against a British officer. But they also hint at a more insidious danger. Soon Lord John and Jamie are unwilling companions on the road to Ireland, a country whose dark castles hold dreadful secrets, and whose bogs hide the bones of the dead. Call it what you will--historical adventure, conspiracy thriller--it's an engrossing story, masterfully paced, with exciting plot twists, swift reversals, and robust characterizations.-- The Globe and Mail A spirited return to the world first created in Outlander . . . This novel is, ultimately, an authentically fashioned historical mystery that allows the author to do what she does best: chronicle the lives of her characters with impeccable detail. . . . Gabaldon fans, you'll find much to delight in here.-- Library Journal As always, Gabaldon goes above and beyond. . . . If you love historical fiction, this book could be a good entrance point into the Outlander world.--Bookreporter

Books similiar to The Scottish Prisoner