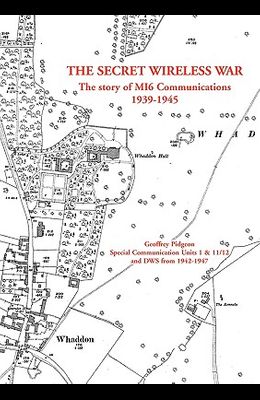 Possibly the most important UK wireless traffic in World War II was handled by a unit formed in 1938 by Brigadier Richard Gambier-Parry head of MI6 Section VIII - the communications division of SIS. This book tells of its formation and includes diary entries by one of the 'founding fathers' recording the secret meetings that took place, and the assembly of its talented staff. It reports the earlier days of the original SIS wireless 'Station X' based in Barnes in south west London, and the building of its second station in a bungalow in Surrey with the strange name of 'Funny Neuk' - which turned out to be owned by Admiral Sir Hugh Sinclair - 'C' - Chief of Secret Intelligence Services. The units wireless station at Bletchley Park is described and its replacement by the stations at nearby Whaddon Hall which then became the wartime headquarters of Section VIII. It documents the work of our agents in embassies abroad, and of those in German occupied territories; the story of Churchill's personal wireless operator, and there is the description by a German soldier of the Afrika Corps of his operating an Enigma machine at Rommel's headquarters in the desert. The curious story of 'Black Propaganda' is told and the units handling of the military ULTRA traffic out to commanders in the field. Personal tales by those who were part of this most secret of units abound in the book and it is an important record of people and events that-it is no exaggeration to say-helped to win the war. Whilst essential, the technical side of the tale has not been allowed to dominate the book which is profusely illustrated.